What You Need to Know About Your Miranda Rights

What You Need to Know About Your Miranda Rights 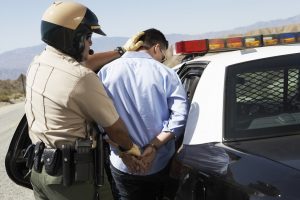 The U.S. Constitution gives all people who are arrested the right to remain silent in order to avoid incriminating themselves following an arrest.

This right is contained in the Fifth Amendment to the Constitution, and was further clarified in the famous Supreme Court case of Miranda v. Arizona.

The standard Miranda warning is:

Some police officers may stop and ask if you understand each sentence. The reason is that in order for the Miranda warning to be legally effective, it must be reasonably clear that the person who was arrested understands it. If the Miranda warning is not given properly, or if the arrestee does not give legal consent to speak to the police, statements made in subsequent interrogations may be inadmissible in court.

When the Police are Required to Read Your Miranda Rights

The police are required to read the Miranda warning before questioning any suspect who has been taken into custody. This generally means that the suspect must have actually been arrested.

However, just because you haven’t been formally arrested does not mean that you have to speak to the police. In fact, if you are being questioned by the police about your involvement in a potential crime, you should stay silent regardless of whether or not you have been taken into custody. Pre-arrest statements can be used against you (and sometimes the police will read the Miranda warning pre-arrest just to make sure that your statements will be admissible in court).

What if the Police Didn’t Give Me the Miranda Warning?

If you were arrested and the police did not give you the Miranda warning, your statements cannot be used as evidence to prove that you are guilty at trial. Failure to read your rights does not mean that you cannot be prosecuted. In fact, statements obtained in violation of the Miranda rule can still be used under certain circumstances. For example, the prosecutor may be able to use your post-arrest statements to attack your credibility if you give inconsistent testimony on the witness stand.

This means that it is absolutely critical that you not say anything to the police if you are being investigated for involvement in a crime. Once you start talking, the Miranda rules can get complicated. It is better that you speak with an experienced criminal defense attorney who knows the law before making any statements to the police.

If you have been arrested or have questions about your Miranda rights, contact the law offices of Timothy Armstrong, P.A.