What to Do if You Are Accused of Domestic Violence

What to Do if You Are Accused of Domestic Violence 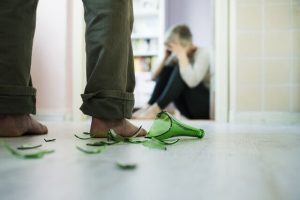 Domestic violence is a serious accusation and can include assault, stalking, battery, and even harassment that has been perpetrated by someone against a family member or household member – not necessarily husband and wife, which most people think of when they hear the term domestic violence. Florida has statutes that define domestic violence and even outline specific punishments for those convicted of these heinous offenses. If you have been falsely accused of domestic violence, it is important that you hire an attorney to represent your case.

If you are charged with domestic violence, you will need a criminal defense attorney to establish a strategy that accomplishes one of two things:

Many domestic violence cases turn into he-said-she-said situations, meaning it could be your word against that of an alleged victim – and you may have difficulty proving your innocence when someone blatantly accuses you of harming them. That being said, just because someone accuses you of domestic violence does not mean you will automatically be convicted. The prosecution still must establish a case strong enough to prove beyond a reasonable doubt that you are guilty.

Tactics Used in a Defense Strategy

Your defense strategy will depend on the circumstances of your particular case. Some things your defense attorney may consider include:

Speak with an Attorney

When Can a Juvenile Be Charged with an Adult Crime?Previous Post
Can You Go to Jail for Not Paying Debts?Next Post
Request a Call Back