What Is “Double Jeopardy” and When Does It Apply?

What Is “Double Jeopardy” and When Does It Apply? 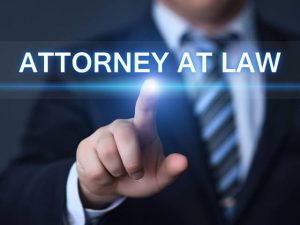 The double jeopardy protection is spelled out in the United States Constitution. It protects a defendant from being charged with the same crime more than once – but there are exceptions to this rule. Not all cases qualify for double jeopardy and there are instances where a person can be charged with the same crime even after they have been acquitted the first time. Therefore, it is important that you understand how this protection works, the eligibility requirements, etc.

The Basics of Double Jeopardy

Double Jeopardy is a clause in the Fifth Amendment of the United States Constitution. It provides that no person shall be charged with the same offense twice. Most states have guarantees that defendants will not appear in a court for the same crime more than once – and even those states that do not express this guarantee will follow the protection of the Fifth Amendment.

The reason for double jeopardy is complex, but includes the following:

Does My Case Qualify for Double Jeopardy?

There are only specific types of cases that will qualify for this constitutional protection. If a particular proceeding doesn’t place an individual in jeopardy, then subsequent proceedings are allowed – and it is no violation of their rights.

The Supreme Court has established that the right of double jeopardy is not limited to capital crimes; instead, the protection extends to all felonies, misdemeanors and juvenile delinquency adjudications – regardless of the punishment.

Also, it is not a question of if jeopardy has attached, but of when jeopardy attaches to a case. This is a critical question because the government can take actions before it attaches, such as dismissing an indictment to prevent double jeopardy. In a jury trial, jeopardy attaches once the jury is sworn in. For bench trials (trials without a jury), jeopardy will attach only when the first witness is sworn in. If the defendant accepts a plea with the prosecution, jeopardy does not attach until that plea has been accepted by the court.

It is important to remember that jeopardy only protects you from the same offense – and what the same offense may be can be easily skewed by the law. State and federal courts will first determine if the same facts have already been litigated and if the case is the same transaction. If they feel it is not, you could be charged with other crimes associated with a crime for which you have already been acquitted.

Speak with a Criminal Defense Attorney

If you have been arrested for a crime and you feel that jeopardy attaches to your crime, you need an attorney. Contact the Jacksonville criminal defense team at The Armstrong Law Group, P.A. today. Call us for your consultation at 904-356-8618 or fill out an online contact form with your questions.

What Does It Mean to Invoke Your Right to Counsel?Previous Post
Searches and Seizures: Police Do Have LimitsNext Post
Request a Call Back