What Is a Violent Crime Under the Law?

What Is a Violent Crime Under the Law? 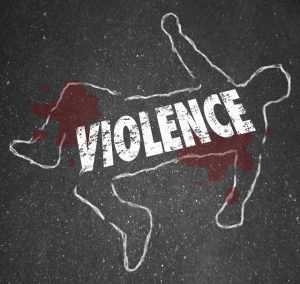 Violent crimes are those that are heinous in nature and often involve intentional harm that has been inflicted upon another individual during the commission of a crime. Violent crimes do not have to involve the intent to harm, though they can include the threat of intentional harm. The majority of violent crimes are charged as felonies, and they are considered one of the most serious crimes – which is why they carry harsher sentences and penalties, including at least one year in prison.

There are numerous types of crimes that could be classified as “violent,” but some of the more common include:

Some crimes can be particularly heinous in nature, but they are not necessary violent. Some examples of non-violent offenses include:

There are, however, instances where non-violent crimes can be raised to the level of a violent crime. For example, in a fraud case, which is a non-violent crime, some violence could be involved if a person was threatened and/or coerced into handing over funds. In this case, the crime could be considered “violent,” even if no physical violence actually occurred.

Defense Matters in a Violent Crime

If you are being accused of a violent crime it is imperative that you seek legal counsel. One of our attorneys can provide defenses for your violent or non-violent case, and our tactics will vary depending on the circumstances. If you have been arrested or you are a suspect of a violent crime, speak with an attorney at The Armstrong Law Group, P.A. today at 904-356-8618, or fill out an online contact form with your questions.

Can You Really Go Back to Jail for Not Paying Court Fines and Fees While on Probation?Previous Post
Understanding Injunctions: What You Need to KnowNext Post
Request a Call Back