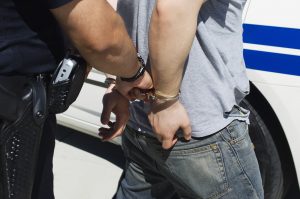 People continue to flock to the Sunshine State because of its natural beauty, beaches, culture, warm climate, and a multitude of things to see and do. After the particularly high rates of violent crime in the eighties and nineties, Florida’s dangerous reputation has become more of a perception than a fact. However, there is still quite a bit of work to be done before Florida gets removed from the top of the dangerous state and city rankings.

What is Responsible for Florida’s High Crime Rates?

The question of “why” has frustrated Florida’s law enforcement for thirty years. Although much of the crime in the eighties and nineties was blamed on the introduction of crack-cocaine, reasons for high crime in more recent years is less clear. Drug abuse remains high, but it no longer leads the way for violent crime. Florida is the leader in violent crimes against the homeless, and it has a much higher property crime rate than the national average.

In addition to a high incidence of drug abuse, Florida also experienced an increase in firearms-related deaths since the 2005 inception of the “Stand Your Ground” law. Critics of this controversial law claim that it encourages violence and justifies the use of deadly force. However, gun-related deaths have leveled out since the spike, and supporters of “Stand your Ground” dismiss a link between the law and the temporary spike.  According to a report by NPR, some “Stand your Ground” states see an increase in homicides after the laws are enacted, but not every such state sees the increase.

However, the news is not all bad.

According to data taken from the most recent FBI Uniform Crime Report, reported rapes have decreased by over 28 percent since 1993, murders have also fallen 28 percent since their peak in 1989, and high-school graduation rates have risen nearly 20 percent since 2003. Although Florida continues to remain near the top of the charts for many kinds of violent crimes, the above statistics are hopeful. Crime rates often escalate relative to an increase in population; however, that doesn’t seem to be the case in Florida.

If you’ve been charged with any type of violent crime, you should hire skilled legal representation from an experienced criminal defense attorney immediately. Florida is tough on crime, but violent crimes are handled with an even heavier hand. As a former prosecutor, TImothy Armstrong has valuable insight into the prosecution’s tactics in criminal cases. He will fight aggressively and tirelessly to get the most favorable outcome possible for your unique circumstances. Don’t let hiring the wrong lawyer cost you your freedom. Violent crime charges should not be taken lightly. The legal team at the Law Office of Timothy Armstrong will work hard to protect your rights, reputation, and freedom. Contact the Law Offices of Timothy Armstrong today.

How are Multiple DUI Offenses Handled in Florida?Previous Post
What are Florida’s Gun Laws?Next Post
Request a Call Back