Understanding the Classifications of Drugs – and How They Affect Your Case

Understanding the Classifications of Drugs – and How They Affect Your Case 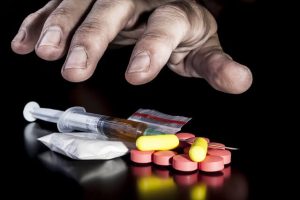 Under the Controlled Substances Act (CSA), there are classifications for drugs in the United States comprised of five schedules. These schedules are based on the potential for abuse and if the drug has been accepted for medical purposes or not. Each schedule is governed by different rules regarding the sale, possession, use and production of those drugs in that schedule. The punishment will depend on the schedule of the drug.

These drug schedules are critical in a criminal defense case. If you are found in possession with the wrong classification of a drug, you could face more serious penalties. The schedules include:

In Florida, scheduled drugs are governed under Florida Statute Section 893.03. The penalties for possession of CDS will depend on the type of drug and the amount of that substance found. The penalty can be the same regardless if possession was actual or just constructive. Some drug offenses carry felony charges, while others may carry only a misdemeanor charge.

If you are found in possession of a Schedule I drug, you will face a felony of the first degree and you can face up to 30 years in prison.

If you have been arrested for a drug crime – whether you are found with Schedule I or even Schedule IV drugs – you need to contact an attorney. The penalties for drug offenses are harsh in the state and you could face several years in prison. Contact The Armstrong Law Group, P.A. today for a consultation at 904-356-8618 or fill out an online contact form.

Where Do Guns Used in Crimes Come From?Previous Post
What Does It Mean to Invoke Your Right to Counsel?Next Post
Request a Call Back