Understanding Injunctions: What You Need to Know

Understanding Injunctions: What You Need to Know 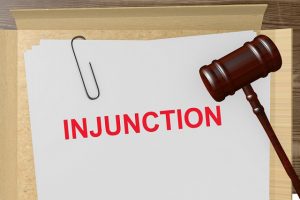 An injunction is an order issued by the court that directs another party to take – or directly prohibits them from engaging in – a specific action. These can be issued via a judgment order or in connection with a lawsuit. In some cases, they are also seen in criminal trials.

The Purpose of an Injunction

Injunctions are used as relief from an action, or putting a stop to ongoing or repeated conduct that violates a person’s rights or causes injury. It can also force a defendant or prosecutor to take action. They are a legal remedy that is considered a last resort by the courts and typically only issued when there are no other legal remedies that are adequate for the situation.

Injunctions are not a right; instead, they are issued at the discretion of the court. Whether an injunction will be granted depends on the facts of each case, and there is no guarantee that a specific type of case would receive an injunction.

The Types of Injunctions

There are several main types of injunctions that can be issued by the courts, including:

Contempt of an Injunction

When an injunction is issued, an individual cannot violate that injunction. Doing so could result in a punishment of contempt of court. However, a person may not be considered guilty if they did not know about the injunction. Also, that individual will be issued a trial or hearing to determine if they have violated the injunction and the extent of such a violation. The penalty is at the discretion of the court and will depend on the nature of the violation. Typically, punishment includes fines, jail time, or a combination of the two.

Before the courts issue an injunction, they will consider four critical factors:

Speak with an Attorney Regarding Your Case

Injunctions are complex and rarely issued. If you have questions about injunctions or other procedures used in criminal courts, contact an attorney at The Armstrong Law Group, P.A. today. Schedule your consultation at 904-356-8618 or fill out an online contact form.

What Is a Violent Crime Under the Law?Previous Post
When Can a Juvenile Be Charged with an Adult Crime?Next Post
Request a Call Back