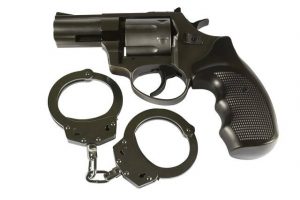 The Florida criminal justice system is one of the harshest in the country. Not only does Florida employ some of the toughest penalties for drug-related offenses, but they have equally harsh penalties for crimes that involve weapons. To control an alarming number of gun-related crimes in the state, Florida enacted the 10-20-Life Law. This law allows Florida to use a zero-tolerance approach toward anyone in possession of a firearm while committing a crime – even if that crime was unsuccessful.

Possession Without a Crime

Under the statute, a felon caught in possession of a firearm or other weapon can be sentenced to a mandatory minimum three years in prison – regardless of whether or not they had committed a crime with that weapon.

If a weapon is brandished during the commission of the following offenses, a judge may impose the maximum sentence possible:

The Mandatory Minimum Sentences Under 10-20-Life

Under the statute, the law imposes the following mandatory, minimum sentences for offenders:

Consult With an Attorney Regarding a Potential 10-20-Life Charge

It is important to consult with an attorney that fully understands the complexities associated with a conviction under the 10-20-Life Law. The Law Offices of Timothy Armstrong, P.A. can aggressively challenge those charges and counter attempts to force you into harsh penalties. For more information about the 10-20-Life Law, or if you are facing a potential conviction under this law, contact us for an initial consultation at 904-356-8618 or fill out an online contact form.

Am I Required to Disclose a Criminal Record on a Housing Application?Previous Post
Do I Need an Attorney for My Misdemeanor Charge?Next Post
Request a Call Back