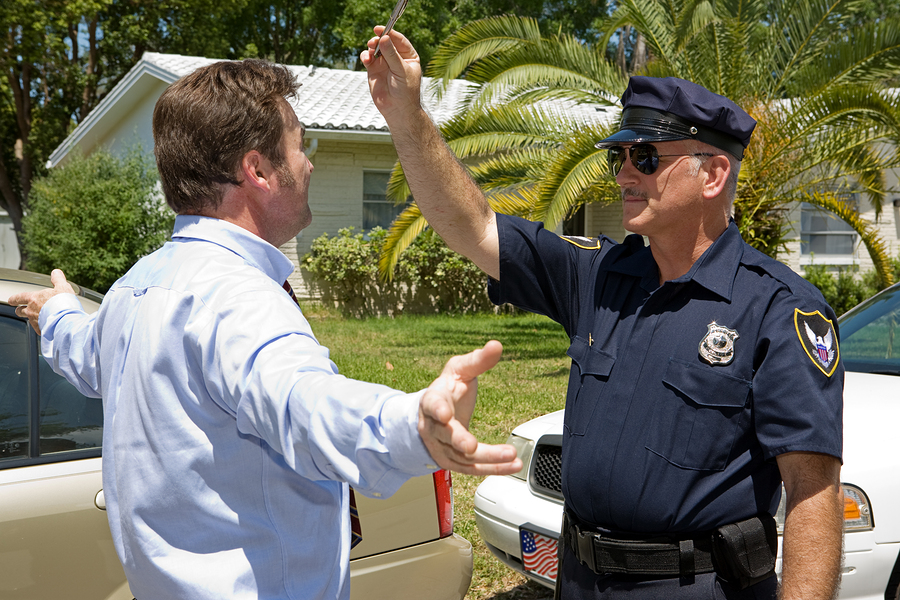 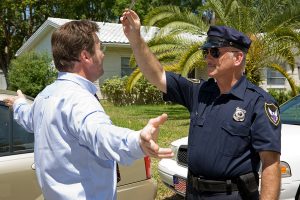 Will the officer make me recite the alphabet backwards?

A few years back there was a viral video of an apparent driving-under-the-influence (“DUI”) investigation where a deputy asked a driver to recite the alphabet backwards. Numerous friends sent it to me and many seemed to be in an uproar over the unfairness of such a task. The most common comment I heard was, “I couldn’t do that sober!” Well, it turned out the video was an edit of a comedy TV series and not real. As I explained to my friends then and explain to you now—there is no part of a DUI investigation where you have to say the alphabet backwards. But that begs the question: what would you experience should you be asked to participate in a roadside DUI investigation?

First of all, in Florida, and indeed Jacksonville, there are multiple components of a Driving Under the Influence investigation. Officers will look at your driving pattern, and physical indicators of impairment such as an odor of alcoholic beverage on your breath, slurred speech, lack of balance, and more. We will focus on what are called Field Sobriety Exercises (or “FSE’s” for short) here. Generally, there are two categories: Standardized Field Sobriety Exercises and nonstandardized optional Tests.

The Standardized Field Sobriety Exercises are called “standardized” because they are common throughout the country and based on a variety of testing done by the National Highway Traffic Safety Administration. The three exercises are:

Horizontal Gaze Nystagmus is commonly called “HGN” or “the eye exercise.” The officer is looking for three things on this test: your ability to follow his instruction, your ability to maintain balance, and whether or not your eyes exhibit Horizontal or Vertical Gaze Nystagmus. Nystagmus is the involuntary shaking of your eyes. Most humans have some form of nystagmus, but the officer is looking for nystagmus as your eyes track a stimulus. The stimulus can be the tip of a pen, his finger, or a small light source that he is holding up. He will hold the item a little above the height of your eyes a short distance from your face. He will ask you to look at the stimulus and follow it from side to side with only your eyes while you stand with your feet together and your arms at your sides.

The most common outward observations that we see in this exercise are when people track the stimulus with their whole head, or they start to lose balance and stick out their feet or hands to regain balance. All of these things will be seen as “indicators of impairment.”

However, the only “clues of impairment” on this exercise are in your eyes. There are 6 possible clues of impairment on this exercise. The officer is first looking for “lack of smooth pursuit.” That means he is looking to see if your eyes bounce as they track his left and right horizontal movements of the stimulus. If he sees that, you will have at least 2 clues out of the possible 6. Why 2 instead of 1? Because you have two eyes. If you get arrested and there is ever an odd number of clues on this exercise, there is a good chance there is a medical reason for your HGN or the officer observed something incorrectly. Next, the officer is looking for “distinct and sustained nystagmus at maximum deviation.” That means that when he takes the stimulus all the way to the right or the left and holds it there, he is looking for your eyes to keep bouncing even though nothing should be moving. If he sees that, you have 2 more clues of impairment. The last thing he will look for is “onset of nystagmus prior to 45 degrees.” For most adults, “45 degrees” is when the officer has the stimulus as far from the center position as lines up with your shoulders. He will move slowly from the center position stopping early (before 45 degrees) to see if your eyes continue to bounce before he gets to your shoulders. If see that, you have 2 more clues for a total of 6 clues of impairment.

The last thing most officers will do is then check for “Vertical Gaze Nystagmus.” This means that the officer will turn the stimulus to its side and ask you to follow it up and down instead of left and right with your eyes. If he observes more bumping of your eyes, it is telling him that you are likely very impaired.

But how does all of this tell a police officer that you are impaired? And even if it tells him all of that, can he tell the jury?

Explaining the science behind HGN is beyond the scope of this blog, but we will touch on the very basics. Various scientific studies have found that the presence of HGN is a strong indicator of the use of a Central Nervous System Depressant. Central Nervous System Depressants can be various types of drugs, marijuana, or alcohol. These same studies allow a competent investigator to actually estimate your blood alcohol content based on various observations he is making of your eyes.

Whether the officer can testify to all of this can sometimes be just as complicated as the science we just skimmed the surface of. This is considered expert testimony in Florida, so the officer has to have certain qualifications and his testimony has to satisfy what we lawyers call the “Daubert Standard.”

If you or anyone you know has been arrested for a DUI and have questions about what I wrote today, please do not hesitate to call The Armstrong Law Group! Combined, we have handled over 4,000 criminal cases. We look forward to assisting you today. Your criminal defense consultation in Jacksonville and the surrounding counties of Northeast Florida is always free.