Tricking a Breathalyzer Test – Can it be Done?

Tricking a Breathalyzer Test – Can it be Done? 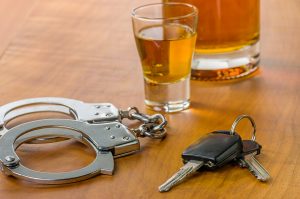 As a North Florida DUI attorney, I get asked this question all of the time. The short answer is: No, you cannot trick a Breathalyzer. There are several myths out there, but no method has been proven to prevent a Breathalyzer from reading your true blood alcohol content (BAC).

Many people think that blowing lightly will defeat the Breathalyzer. The reasoning seems to be that if you only blow the air that is in your mouth – and not in your lungs – then the test won’t pick up on the alcohol in your system.

The problem with that theory is that if you don’t blow deeply, the test doesn’t work. The Breathalyzer only registers deep lung breaths, and the arresting officer will have you keep blowing until you’ve taken the test properly.

If you use mouthwash right before you blow, then this will confuse the test and give you justification for blowing a high BAC, right? Not exactly. Compared to the alcohol content of mouthwash, it takes a fair amount of alcohol consumption to register above the legal limit. This is not to say that it’s hard to register a 0.08 if you’ve been drinking, but rather that it nearly impossible to register a 0.08 from a swig of mouthwash.

MYTH 3: Drink Caffeine to Absorb the Alcohol or Get it Out of Your System

Some people also think that drinking soda, coffee, or energy drinks after a night of imbibing will restore their BAC back to normal. This doesn’t work either. Drinking caffeinated beverages does not affect the concentration of alcohol in your system. In addition, studies have also shown that mixing alcohol with caffeine increases the risks associated with overconsumption. As a result, this is not only a fruitless exercise, but should actually be actively avoided.

What if I Blow Above the Legal Limit?

The fact that you can’t trick the Breathalyzer doesn’t mean that taking the test is the end of your case. There are numerous legitimate ways to fight the results of a Breathalyzer. Some examples include:

These are just a small sampling of the defenses that can be used to overcome a DUI arrest. If you have been arrested for DUI, you should speak with your attorney about the options available in your case.

If you have been charged with DUI, attorney Tim Armstrong can help. Call 904-356-8618 or contact us online today to schedule a free consultation.

Stopped by the Police? Don’t PanicPrevious Post
What Happens if You Miss a Hearing in Your Criminal Case?Next Post
Request a Call Back