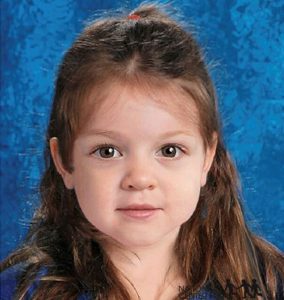 If you have watched the news recently, you may have noticed the case of Baby Doe, which occurred in Boston. This case, however, has received national attention – as it should. The toddler’s body had been originally discovered in a trash bag on Deer Island in the Boston Harbor. Once identified, the police quickly went to work investigating the mother and boyfriend. September 21st, the girl’s mother and the mother’s boyfriend were arraigned in District Court – accused of murdering the child and then covering it up.

The boyfriend, Michael McCarthy, has been charged with murder and he is being held without bail. The mother, Rachelle Bond, was charged as an accessory after the fact and has a bail amount of $1 million. Neither has plead guilty nor admitted guilt.

Baby Doe, now known to be Bella Bond, was found by a dog walking June 25th on Deer Island. She was only identified the second week of September. Investigators revealed that the end of her life was horrific and very tragic. The couple was seen verbally and physically abusing the toddler – as an example, they would lock her in the closet from 30 minutes up to an hour and allow the child to scream there.

The mother had told friends that recognized the girl’s picture that the child was taken away from her by child protective services. Later it turned out that the child had not been taken, but that the mother and boyfriend had killed the child and then disposed of her body.

Will They Receive Life in Prison?

The mother has told her friends that the child was possessed by demons and that her boyfriend felt the same. When Bond found her boyfriend standing over the lifeless body of her child, the boyfriend stated that the girl was a demon anyway and it was her time to die.

Unfortunately it is not clear how Bella died and both the mother and boyfriend remain incarcerated and have maintained their innocence. The cause of death report has still not been officially released by the medical examiner. Bond also claims that she was drugged and held against her will after the child’s death – stating that was why she was unable to come forward. The boyfriend states that he believed the child was in the state’s custody and had not realized she was deceased.

Speak with an Attorney Regarding Your Case Today

If you or a loved one has been arrested for a violent crime or has questions regarding your rights, contact The Armstrong Law Group, P.A. today. We can assess your criminal case over a no obligation consultation. Contact us at 904-356-8618 or contact us online. We are available 24 hours per day, seven days per week to answer your questions and assist you with your case.

Legal Options When You Have a Mental Illness in PrisonPrevious Post
HIV Disclosure Laws in Florida - Are You Committing a Crime by Not Disclosing Your Status?Next Post
Request a Call Back