How are Multiple DUI Offenses Handled in Florida?

How are Multiple DUI Offenses Handled in Florida? 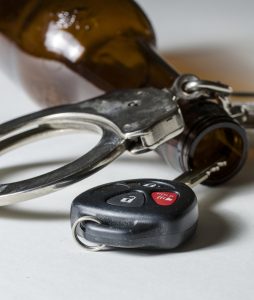 k driving is always a serious offense, first time offenders are often ordinary people with no criminal history. For this reason, DUI penalties are strict enough to discourage future offenses but not so strict that they completely alter the individual’s life. However, second, third, and fourth offenses are considered less of a “mistake” and more of a habitual problem. Therefore, second and subsequent offense penalties become increasingly strict.

With every DUI, Florida law takes specific measures to decrease the potential of a second or third offense. The defendant’s blood alcohol content (BAC) and previous DUI history are factored into each case. Florida law also bases the severity of penalties on the amount of time between arrests. Each subsequent DUI offense has compounding consequences, with the hope of breaking offender cycles.

For first time offenders, the initial consideration is blood alcohol content. A reading of 0.08 percent or higher constitutes an illegal amount of alcohol in the blood. If the reading is below 0.15 percent, the offender may face up to six months of jail time, a 180 day license suspension and up to $1,000 in fines. Any BAC above 0.15 percent will increase the penalty to a maximum of nine months in jail and up to $2,000 in fines.

If an individual is convicted of a second DUI offense, he or she will receive a minimum ten day jail sentence (maximum of nine months) and a $2,000 fine. An installation of an ignition interlock device is also mandatory with a second conviction. If it has been more than five years since the original conviction, there is a maximum license revocation period of 180 days. However, if it has been less than five years since the first DUI, the offender’s license will be revoked for at least five years. In these cases, prosecuted second offenders may apply for a hardship license after one year.

A third DUI conviction is a felony with a mandatory sentence of 30 days to a year in jail. A third DUI means that an ignition interlock device will be required for two years. Fines may increase to $5,000 and the offender’s license will be revoked for an extended period of time. If it has been over ten years since the previous offense, the license revocation period may be up to 180 days. However, the offender may be subjected to a five year license suspension if both prior convictions occurred within five years of each other. If the third offense is within ten years of the last offense, the driver’s license will be revoked for ten years. In both cases, offenders may not qualify for a hardship license for up to two years.

Florida considers third and subsequent DUI convictions to be a felony. With a prison sentence of up to five years and a $5,000 fine, felony DUI offenses are a permanent black mark on the offender’s criminal record.

The Law Office of Timothy Armstrong Can Answer Your Questions

Multiple DUI offenses are often accompanied by other serious issues, such as addiction, depression, and possible property damage and physical injury. These confusing social and legal issues can be traumatic for everyone involved. If you have been arrested for DUI more than once, you will need a solid legal plan. With prior experience as an Assistant Public Defender, Timothy Armstrong understands the complexities of multiple DUI convictions. He and his legal team have successfully defended countless DUI cases, including those involving multiple DUIs. In addition to several lines of defense, there are also alternative sentencing options available. Contact the Law Offices of Timothy Armstrong today.

Is it Illegal to be Publicly Intoxicated in Florida?Previous Post
Violent Crime in FloridaNext Post
Request a Call Back