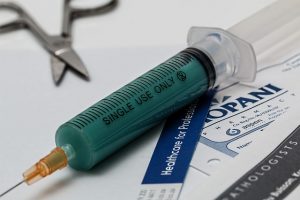 Heroin is arguably one of the most addictive drugs available today. Its use has reached epidemic proportions in Florida over the past three years. While statistically in decline for the first half of the 2000’s, heroin’s comeback has been linked to Florida’s crackdown on “pill mills,” the illegal supplying of prescription drugs. In response to increased demand, trafficking from Mexico has also recently increased.

Heroin is transcending specific demographics, with abuse by college students and suburban teens on the rise. The ignorance about its dangers and how quickly the body can become addicted are also contributing to the recent spike in use. Education is key in halting the growth of widespread use. While all drugs can negatively impact a user’s life, heroin can be especially devastating to a person’s physical and emotional well being. There are few addictions more difficult to break. Additionally, getting caught with heroin can ruin a young person’s entire future.

With a reputation as “the nation’s medicine cabinet,” Florida was inundated with clinics illegally prescribing pain medication. Rogue doctors supplied drug seekers from all states, contributing to rising overdose death tolls in Florida and around the country. In the past few years, Florida’s aggressive crackdown on these pill mills has simultaneously resulted in a statistical increase in heroin use and deaths. Addicts no longer able to feed their addiction through prescription meds have found an increase in heroin availability as supplies from Mexico have increased. The CDC reported a 33 percent increase in heroin crime labs between 2012 and 2013. The National Institute on Drug Abuse reported an 89 percent increase in Florida’s heroin-related deaths occurring since the pill mill crackdown.

The penalties for heroin possession are dependent on the circumstances of each case. Considered a third degree felony, possession may result in a maximum five year prison sentence, $5,000 in fines, suspension of driver’s license, and a permanent criminal record. Plea agreements may help lessen sentencing.

Florida drug trafficking laws are designed to be especially harsh. Simple possession of heroin may very well be considered “trafficking” if the amount meets the criteria. The statute places guilt on “any person who knowingly sells, purchases, manufactures, delivers, or brings (the drug) into this state.” If found guilty, an offender’s punishment is dependent on the amount of heroin in possession, as well as any previous criminal history. However, a minimum sentence of three years in prison is mandatory.

Florida is known for its tough stance on drug matters. Even a small amount in your possession can lead to lengthy prison time. Aggressive criminal defense attorney Timothy Armstrong has successfully defended countless drug charge cases in Florida. From smaller misdemeanor charges to armed drug trafficking, Mr. Armstrong’s skill and experience is your best chance at getting charges reduced or dismissed, or at receiving an alternative sentencing option. Finding a talented, knowledgeable attorney with extensive experience in defending drug charges is paramount in protecting your freedom. Contact the Law Offices of Timothy Armstrong today.

What are Florida’s Gun Laws?Previous Post
What is the “Stand Your Ground” Law?Next Post
Request a Call Back