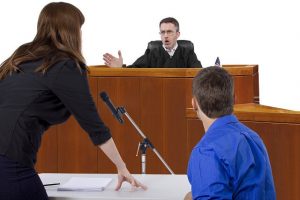 The Colorado shooter, James Holmes, was recently sentenced to more than 3,000 years in prison as well as 12 life sentences. Most Americans were shocked at the amount of years added to his sentence while others felt it was too little. While it does sound like a large number of years for an individual to serve – especially because in reality they will not live long enough to serve those years – it is not the longest sentence seen in the United States criminal justice system. In fact, it was the fourth longest.

Charles Scott Robinson, a child rapist from Oklahoma, is currently the owner of the longest prison sentence ever given to a single person for multiple counts. In December 1994, Robinson was sentenced to 30,000 years in prison – with 5,000 years per the six individual counts given to him for his crimes.

McLaurin was an accomplice of Darron Bennalford Anderson. Anderson had received the largest amount of jail time as the result of his appeal with crimes ranging from robbery to kidnapping to larceny to the rape of an elderly woman. Anderson was found guilty in 1994 and sentenced originally to 2,200 years. When he appealed and won a new trial, he was convicted again, but this time the jury sentenced him to 11,250 years – which added 6,300 years to his original sentence. He did appeal again and was later allowed parole at year 12,744.

In McLaurin’s case, he was originally sentenced as an accomplice to 21,250 years in prison, but his sentence was later reduced to 500 years on appeal.

In 1981, Kyzer (a man from Alabama) was convicted of killing his wife and sentenced to 10,000 years. He was also convicted of killing his mother-in-law as well as a college student that was at the house on Halloween of 1976. For each of those murders he was given life in prison on top of the 10,000 years he was already sentenced. The judge had justified such harsh sentencing due to the brutality of the murders. Since his sentencing Kyzer has been denied parole nine separate times.

Known as the movie theater shooter of Aurora, Colorado, Holmes was recently sentenced to 12 life terms as well as 3,318 years in prison for additional counts of attempted murder, possessing an illegal explosive device and one more sentence enhanced for the violence within his crimes.

Bobbie Joe Long of Florida was found guilty for raping more than 50 women and killing more than 25 women. His modus operandi was that he would respond to classified ads for small appliances and if the woman answering that ad was alone, he would rape her. He was found guilty and sentenced to 1 death sentence, 28 life sentences and 99 years for his heinous crimes.

The Reality of Sentencing

These cases are extreme and by no means a sample of the criminal justice system. The reason for such extreme sentences is the jury’s verdict combined with mandatory sentencing laws as well as the judge’s discretion – especially regarding the terrible nature of the crime.

If you have been arrested or you are being charged with a violent crime, it is important to understand that Florida statutes allow for enhanced penalties – which can dramatically increase a sentencing period. Speak with a criminal defense attorney right away by calling The Armstrong Law Group, P.A. at 904-356-8618 or by contacting us online.

Should You Tell Your Criminal Defense Attorney You’re Guilty?Previous Post
Understanding Parole versus Probation in FloridaNext Post
Request a Call Back