Drug Use and Pregnancy: Can You Go to Jail?

Drug Use and Pregnancy: Can You Go to Jail? 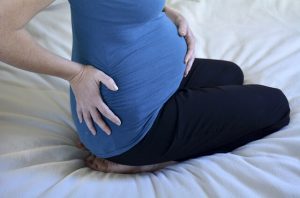 In 2014, Tennessee became the first state to criminalize drug use during pregnancy. This monumental case has impacted women from around the state – and has started to spill over into neighboring states. Since the enactment of this new law, more than 100 women in Tennessee have been prosecuted and sent to jail, though most receive drug rehabilitation and treatment rather than actual jail time.

While this criminal statute is certainly unique, there are many states that will punish mothers for using drugs during a pregnancy, and the penalties for doing so can vary from psychiatric commitment to criminal convictions.

While the law generally views a fetus as non-human until it is born, the statute in Tennessee allows for the prosecution of any woman – for an assaultive offense – when they use illegal narcotic drugs while pregnant. If the child is born addicted to that narcotic, harmed by the use, or dies due to excessive use, then the mother can face criminal charges, including homicide.

There is currently a battle over whether or not the law should be renewed – it will expire in 2016 unless it is renewed – and there are some that want to enhance it even further. According to the state, the law has not had any true effect on the rate of drug addicted newborns, though advocates feel the law has not had ample time to work.

While Florida does not use the Tennessee statute, Tennessee is not the only state that will prosecute pregnant women for their drug use during pregnancy. At this time, Florida does not employ any civil commitment laws that allow the state to commit a pregnant woman to psychiatric care for drug use during pregnancy. However, that does not mean that prosecutors cannot find a way around this non-existent statute, and may still attempt to charge you with a crime or send you to a psychiatric care facility.

Arrested for Drug Use During Pregnancy? Contact a Florida Criminal Defense Attorney

If you have been arrested for drug use during your pregnancy, it is imperative that you contact a criminal defense attorney. The Armstrong Law Group, P.A. can assist you with any drug crimes you may face. Contact us for a consultation 24 hours a day, seven days a week, at 904-356-8618, or fill out an online contact form with your questions.

Understanding the Chain of Custody in a Criminal CasePrevious Post
Understanding Forensic Evidence: How Reliable Is It?Next Post
Request a Call Back