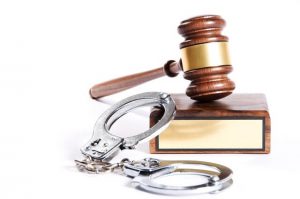 The legal system in Florida, and other states, is a system that is based on the rule of the law. All of these laws are applied equally to everyone, and everyone is entitled to the protections provided by those laws. Nowhere in Florida statutes or the constitution does it say that a person can be singled out or treated unfairly by the criminal justice system.

Therefore, defendants and criminal defense attorneys all expect prosecutors to treat defendants equally. Unfortunately, what is expected of the law and what really happens is not always the case. It is difficult for any human being, including a prosecutor, to separate their own emotions from the facts of the law. Sometimes prosecutors can treat defendants unfairly, especially when it comes to crimes with mandatory minimum sentences.

Prosecutorial discretion is allowed for criminal charges. That means that state prosecutors do have freedoms when it comes to charging a defendant with an appropriate crime, arranging a plea agreement and offering lesser charges for pleas. Prosecutors can also dismiss charges against a defendant using their discretions. Prosecutorial discretion is widely used around the country and rarely overseen by judges or other authority figures – meaning prosecutors have free reign to do as they wish.

Most prosecutors in the state never abuse their authority; instead, they respect the law. However, there are instances in the past where prosecutors have abused their discretion – whether consciously or unconsciously.

What the Statistics Are Saying

According to an article published by the Daily Beast, it was found that there are some alarming differences when it comes to criminal charges, incarcerations and population statistics:

There are several reasons that can account for these disparities, the biggest being “tough on crime” platforms, which essentially force prosecutors to seek harsher punishments whenever possible – regardless of the defendant.

If you have been arrested for a crime, you cannot rely on the prosecution to treat you fairly. Instead, you need an attorney by your side that understands the law and can protect your rights. Contact The Armstrong Law Group, P.A. today to discuss your pending criminal case. We can help you for DUI offenses, theft, and even violent crimes. Call us to schedule a no obligation consultation at 904-356-8618 or contact us online with your questions.