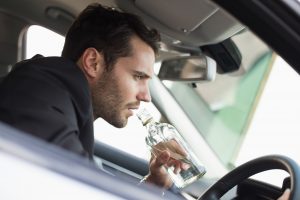 In this article, we examine some of the complexities facing individuals who have been arrested for driving under the influence (DUI) in Florida.

The first important point to understand about being arrested for DUI in Florida is that you face two potential driver’s license suspensions. The first is referred to as an “administrative suspension,” and happens automatically if you fail to request a special administrative hearing within ten (10) days of being arrested. This suspension happens right away. It doesn’t matter if you are actually guilty – or even if you are ultimately officially charged with DUI.

The second suspension will be part of your sentence for a DUI conviction in court. Depending on the seriousness of your case and your prior arrest record, the criminal driver’s license suspension can be as short as six months, or as long as the rest of your life.

Florida’s standard BAC limit for of-age drivers is 0.08. However, if you are under 21, the limit is just 0.02. While not zero, this is still considered a “zero tolerance” policy because of the natural amount of alcohol in human blood.

The limit of 0.08 means that you will be charged with DUI if your BAC is 0.08 or above. Many people think that it is safe to blow a 0.08, but that is not the case. The penalties for DUI increase substantially if your BAC is at or above 0.15.

The penalties for DUI become more severe each time you get convicted. They are also worse if your arrests are closer together. For example, a second DUI can result in fines of $1,000 to $2,000, up to nine months of jail time, and a one-year driver’s license suspension. However, if your first DUI was less than five years ago, your license can be revoked for five years for a second-time offense.

For a third DUI conviction, the penalties are even steeper: up to $5,000 in fines, five years’ imprisonment, and a ten-year license suspension.

Most DUI charges are misdemeanors. However, certain DUI arrests can carry felony charges.

Even a first-time DUI can become a felony if you cause an accident that results in serious injuries or death. In cases involving fatalities, charges of DUI manslaughter or vehicular homicide can lead to decades of imprisonment – along with all of the other penalties associated with a serious criminal conviction. (Link to previous article: “Can you afford not to hire a lawyer.”)

Speak with an Experienced DUI Attorney about Your Case

If you have been arrested for DUI, it is important that you speak with an experienced attorney right away. Contact Timothy Armstrong, P.A. now to schedule your free consultation.

Can You Afford Not to Get a Lawyer?Previous Post
How to Prove Damages in an Auto Accident CaseNext Post
Request a Call Back