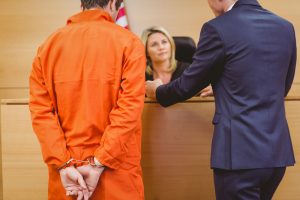 The majority of first-time offenders in the state of Florida commit misdemeanors. Unfortunately, most first-time offenses are due to poor decision making, but can still sometimes result in felony charges.

It is important that a first-time offender seek representation from a skilled criminal defense attorney, regardless of how minor the offense. While it is true that the penalty for a first offense is less harsh, it does not mean that the prosecution will not seek the maximum punishment possible.

What are Common First-Time Offenses?

The most common crimes committed by first-time offenders in Florida include:

First-time offenders are often able to avoid the full extent of their crime’s punishment with the right criminal defense attorney. It is imperative that first-time offenders seek out a criminal defense attorney to avoid the life-long consequences of a conviction, which can include making it more difficult to find employment, get a home, or even join the military.

Arrested as a First-Time Offender? Contact the Law Office of Timothy Armstrong, PA

If you have been arrested for a first-time offense – whether you are facing a misdemeanor or felony charge – do not risk your freedom. Instead, contact the Law Office of Timothy Armstrong, PA for a case evaluation. Call 904-356-8618 or fill out an online contact form to get started now.

What Happens if You Violate Probation?Previous Post
Can You Be Arrested for Bouncing a Check?Next Post
Request a Call Back