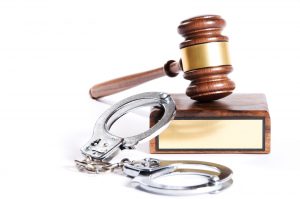 Under Florida law, simply being intoxicated in public is not a crime. This is in contrast to the laws in a handful of other states that do impose punishment for public intoxication. Florida law states:
“No person in the state shall be intoxicated and endanger the safety of another person or property, and no person in the state shall be intoxicated or drink any alcoholic beverage in a public place or in or upon any public conveyance and cause a public disturbance.”
This is known as the crime of “disorderly intoxication.”

While simply being drunk in public won’t get you thrown in jail, it is important to understand that there are two separate forms of criminal disorderly intoxication. These are:

Of course, what exactly it means to “endanger” someone or a piece of property, or to cause a “public disturbance,” is somewhat open to interpretation. If you have been arrested for disorderly intoxication, calling these elements into question may be your strongest defense. Other possible defenses include:

What it Means to be “Intoxicated” under Florida Law

To be intoxicated, you must be, “so affected from the drinking of an alcoholic beverage as to have lost or been deprived of the normal control of either [your] body[,] mental faculties, or both.” Basically, you need to be drunk. Similar to proving “endangerment” or a “public disturbance,” this is a highly fact-intensive issue that requires examination of all of the evidence available.

Public disturbance is a second-degree misdemeanor in Florida. This means that if you are found guilty, you can face up to 60 days in jail and a $500 fine. If you receive four disorderly intoxication convictions in a 12-month period, the court can also commit you to a treatment center for up to 60 days.

Read More
Request a Call Back