Can You Go to Jail for Not Paying Debts?

Can You Go to Jail for Not Paying Debts? 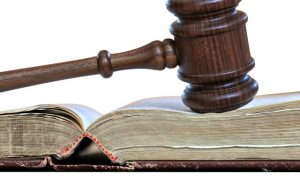 It is nothing new for bill collectors to threaten those in debt, and there are numerous instances where third party collection agencies will threaten people with jail time if they do not pay consumer debts. This causes confusion amongst citizens that fall behind on their payments, worrying that they could go to prison for being unable to pay. However, know that, if you owe money on a debt and cannot afford to pay it, it is typically a civil matter – therefore, no jail time is involved. Instead, the creditor would have to sue you in court and receive a judgment to collect.

Debtor’s Prisons: Do They Exist?

Debtor’s prisons were used years ago as a way for lenders to imprison poor people who could not repay their debt obligations. These were used in the United States until the mid-1800s, when they were finally banned. States started to eliminate debtor’s prisons, and most have followed suit across the board, though there are some states that do have jail time for certain debts.

Essentially, you cannot go to jail for failure to pay civil debts – such as credit cards, auto loans, mortgages, or even hospital bills. These are the types of debts for which most people will encounter harsh third party debt collectors and threats.

You can, however, go to jail for not paying two specific types of debts: child support and taxes. There are also state owed debts that can result in jail time if you do not pay them. Some states and local courts in Florida will use fees, fines, and other costs as part of their criminal justice system. If you fail to pay these fees as part of a condition of your probation or parole, you can go to jail.

Three Instances That Could Result in Jail Time

There are three instances that could result in jail time for unpaid debts in Florida:

When You Are Being Threatened with Jail Time, Speak with an Attorney

It can be hard to tell if a creditor has legitimate threats or not. If you are being threatened with jail time for nonpayment of certain debts, contact an attorney to explore your options. Also, if you have been arrested for a crime, contact The Armstrong Law Group, P.A. today. Schedule your consultation at 904-356-8618, or fill out an online contact form with your questions.