Are Fingerprints Enough for a Conviction?

Are Fingerprints Enough for a Conviction? 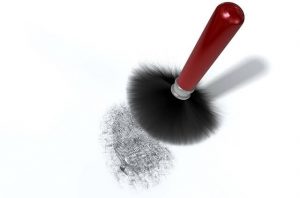 Fingerprints are a vital investigative tool, as the technology used to match suspects with fingerprints found at a crime scene can help investigators better understand what happened – and, potentially, who was involved. Despite the clear benefits of finding a suspect’s fingerprints at the scene of a crime, fingerprints themselves have come under scrutiny.

Prosecutors are notorious for using fingerprint evidence in order to negotiate a plea deal with a suspect. They will intimidate suspects into thinking that fingerprints are incriminating enough for a guilty conviction from a judge or jury.

The Truth About Fingerprints in Criminal Investigations

When law enforcement testifies that fingerprints matching the suspects were found at the crime scene, they are not testifying that there was an identical match. Instead, the term “match” is used widely to describe a fingerprint with similar characteristics to another.

Fingerprints contain 75 to 175 unique characteristics. When an examiner is able to identify eight to 12 common points during a fingerprint comparison, they legally can state that they have a “match” and testify to such in court. Fingerprint analysis has been around since the early 1920s, but even then, Scotland Yard required a minimum of sixteen matching points. Today, there is no scientific basis for determining if 12 or 16 are more reliable, as there is limited research on the protocol itself.

Prosecutors would have a suspect believe that fingerprint evidence is reliable and enough to convict someone, but without context or additional evidence, the reality is that a fingerprint may not convict a person at all.

Having the Right Defense is Imperative

If your fingerprints were found at a crime scene, it is important that you seek legal counsel. An attorney can assess the true value of those fingerprints, along with other evidence present, to determine if prosecution has a valid case. Contact The Armstrong Law Group, P.A. today regarding your criminal case. Schedule a consultation by calling 904-356-8618 or filling out our online contact form.

Understanding Parole versus Probation in FloridaPrevious Post
Can You Really Go Back to Jail for Not Paying Court Fines and Fees While on Probation?Next Post
Request a Call Back